This documentation is for PKanalix, an application of MonolixSuite2019R1.
@Lixoft
PKanalix performs analysis on PK data set. Several analysis are performed including:

PKanalix provides a clear user-interface with a simple workflow to perform NCA and CA analysis in an efficient way. 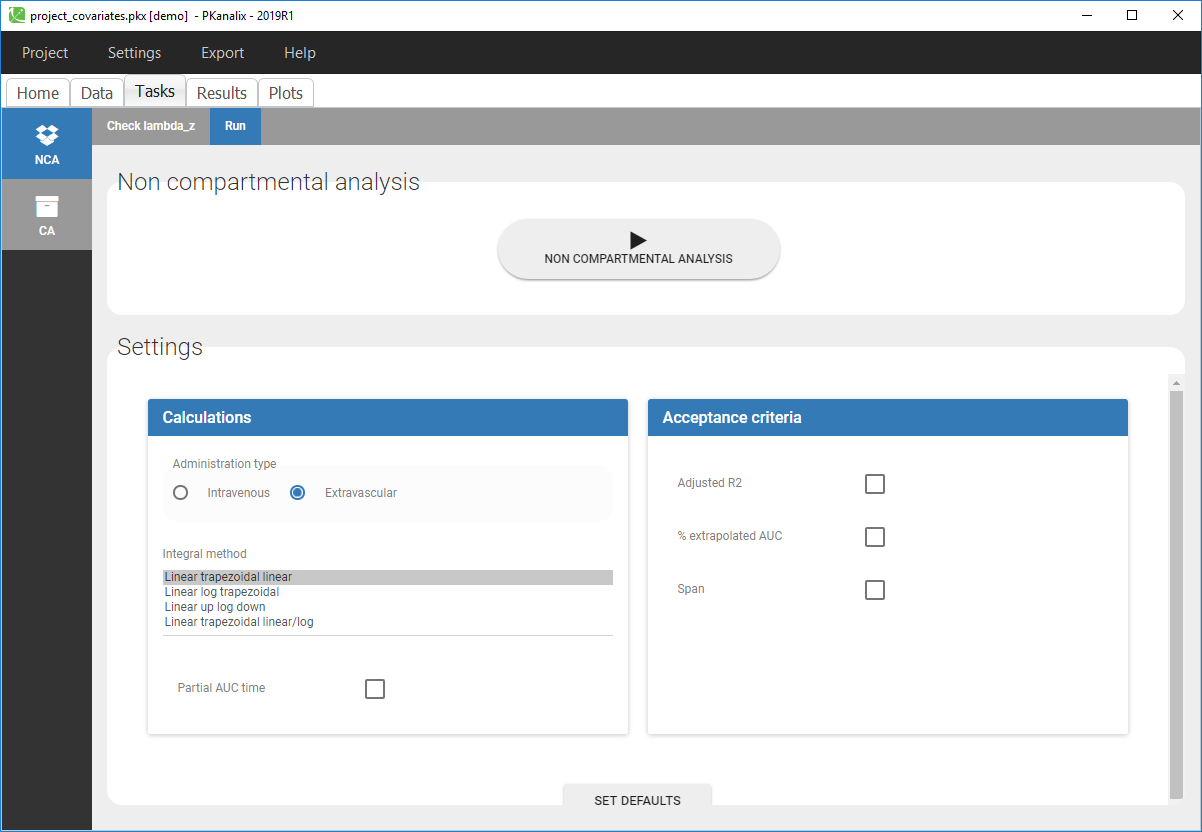 Based on a data set whose format is described here, it is possible to run the two following kinds of analysis:

All the NCA and/or CA outputs are displayed in sortable tables and exported in the result folder in a R-compatible format. Additional interactive plots are proposed for a better interpretation of the results.

The usage of PKanalix is not only done via the user interface, we also propose a dedicated R-package (detailed here) to run PKanalix via R. All the actions you see in the interface have their equivalent R-function. It is particularly convenient for reproducibility purpose or batch jobs.