After having run the “NCA” task to calculate the NCA PK parameters, the “Bioequivalence” task can be launched to compare the calculated PK parameters between two groups, usually one receiving the “test” formulation and one the “reference” formulation. 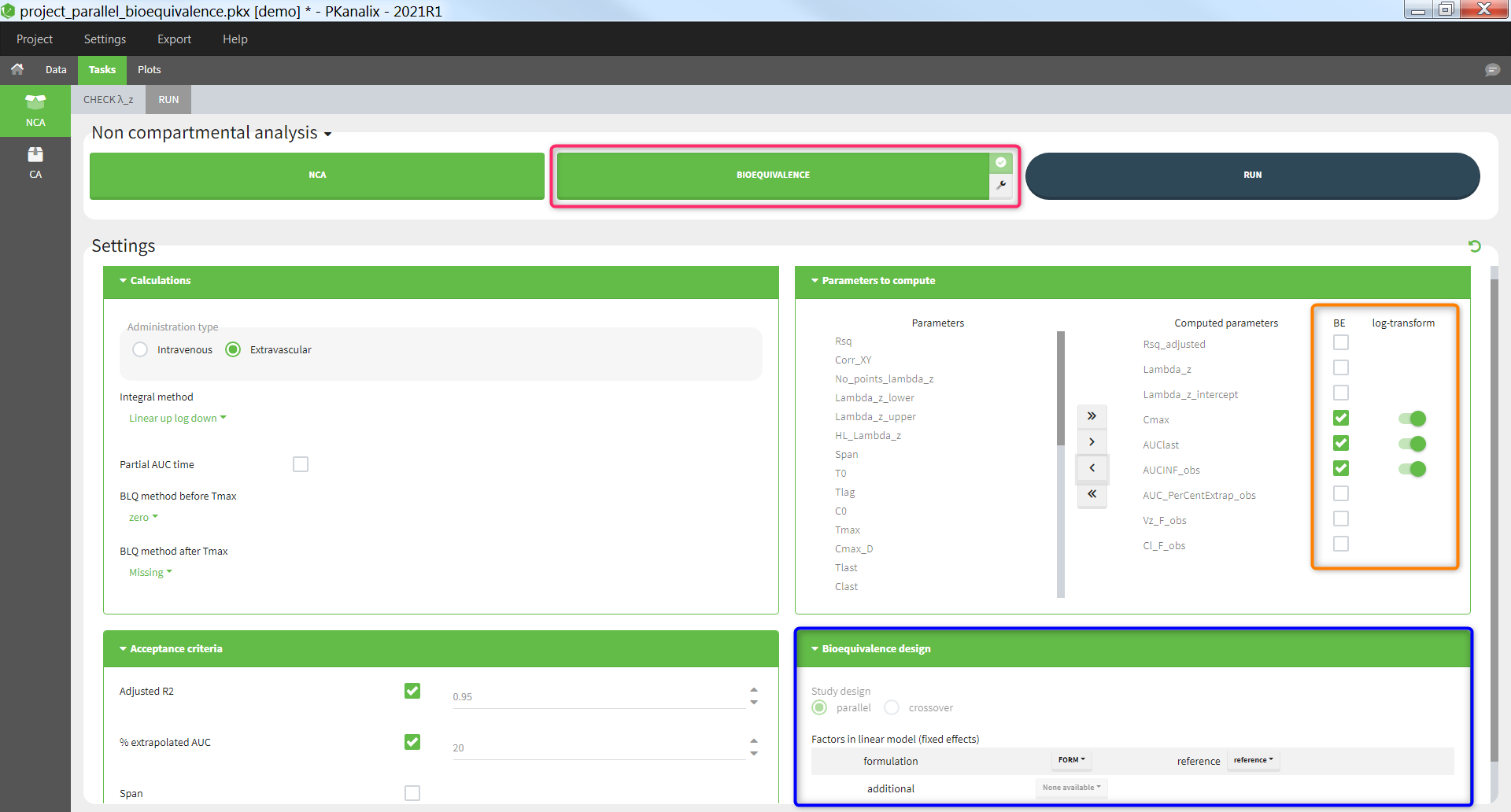 The results of the bioequivalence analysis are presented in the “Results” tab, in the “BE” subtab. Three tables are proposed.

The table of confidence intervals is the key bioequivalence table that allows to conclude if the two formulations are equivalent or not. For each parameter selected for bioequivalence analysis, the following information is given:

If N formulations are present in the dataset, N-1 tables are shown.

This table gives for each parameter selected for bioequivalence analysis the standard deviation of the residuals and the intra-subject coefficient of variation (CV).

In the “Plots” tab, several plots are displayed:

After running the Bioequivalence task, the following files are available in the result folder <result folder>/PKanalix/IndividualParameters/be: